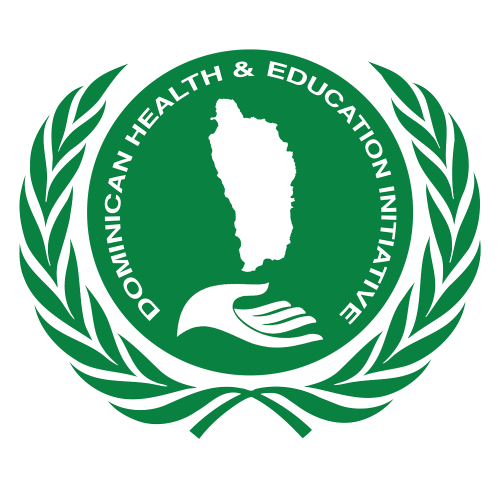 DAHEI strives to create a model sustainable society where every individual has access to a quality education and basic medical needs.

Here’s how DAHEI is working to reduce educational and health care inequities in Dominica and the Eastern Caribbean. 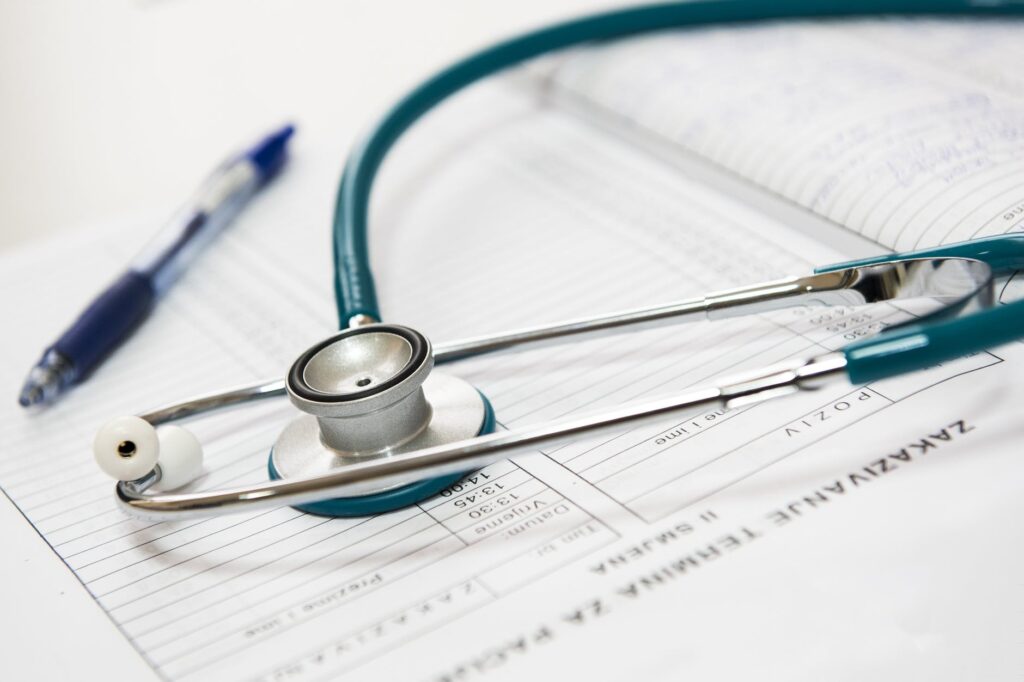 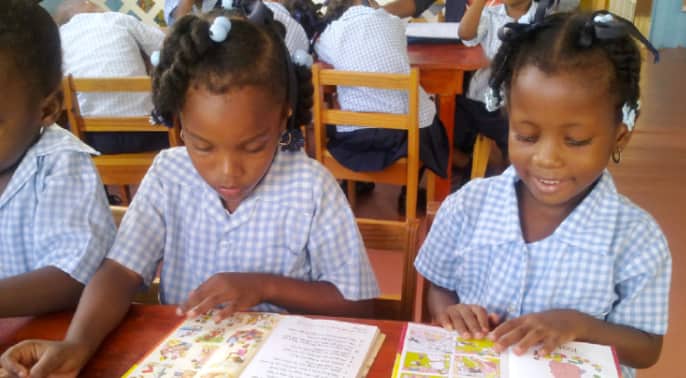 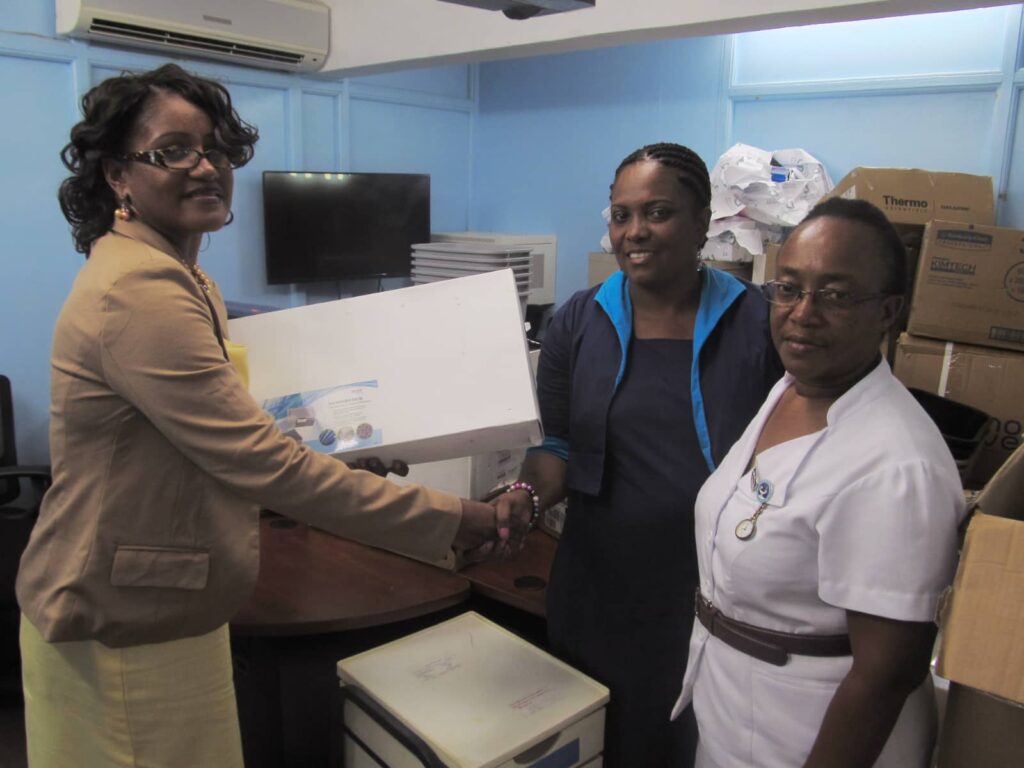 Dominican Health and Education Initiative (DAHEI) is a charitable non-for-profit 501(c)(3) organization. Our mission is to elevate the health and education standards on the island of Dominica and other Eastern Caribbean islands. 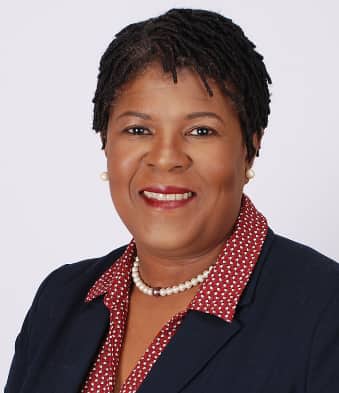 Dr. Ann-Marie La Ronde-Richard Ph.D was born and raised on the beautiful island of Dominica in the Eastern Caribbean. Like many Dominicans, Dr. La Ronde-Richard migrated from her native island to the U.S to further her education. She obtained a Bachelor of Science degree from Suffolk University in Boston and then completed her Doctorate in Pathology at Boston University School of Medicine.

Having fulfilled her educational and career aspirations, Dr. La Ronde-Richard took the next step to fulfill a long-standing desire to create a path for a better life for those who are less fortunate in her native island, Dominica.  This prompted the creation of ‘the Dominican Health and Education Initiative, in partnership with her cousin, Farrah La Ronde-Hutchison. Together, they strive to fulfill a common vision of reducing health and educational insufficiencies and improving the quality of life for individuals, families and communities in their homeland.

Dr. La Ronde-Richard currently works as Patient Engagement Lead in the Internal Medicine Research Unit at Pfizer in Massachusetts, a role that allows her to serve as a bridge between scientists and patients, ensuring that scientists who are developing innovative therapies for disease can better understand the unmet needs of diverse patient populations and develop therapies that will deliver clinically meaningful outcomes for patients and their families all around the world. 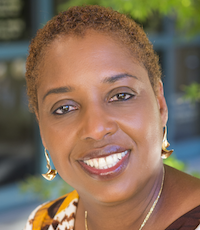 Dr Fontaine is a native of the Caribbean Island, Dominica.   In 1999 she graduated from Ross University Medical School.  She continued her education in Medicine at the University of West Virginia in Morgantown where she completed her residency in Internal Medicine in 2002 and fellowship in Hematology/Oncology in 2005.  Dr. Fontaine joined New Mexico Cancer Center in January 2006. She practices at the main site in Albuquerque and satellite clinic in Gallup, NM. Her curiosity in the relationship of genetics and cancer lead her to specialized training at the City of Hope in 2010, earning a certificate in Cancer Genetics.

She has a keen interest in the business of medicine and hence earned a physician executive MBA from the University of Tennessee in 2012.  In January 2017 she was appointed as Chief Medical Officer allowing her among other duties to work on the development of clinical pathways in the management of cancer.

For the last 6 years she has been voted by her peers as the top Hematologist/Oncologist in Albuquerque published in TopDOCS by Albuquerque the Magazine. She became a member of the board of DAHEI in 2019 and is excited to serve in assisting her beloved Dominica. 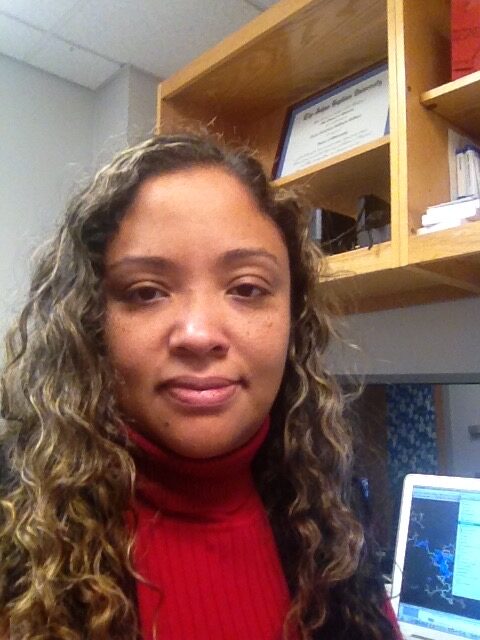 She moved to Baltimore to attend the Biochemistry, Cellular and Molecular Biology (BCMB) program at Johns Hopkins School of Medicine. Dr. LaRonde found her love for structural biology as a senior in college. She then moved to the National Cancer Institute Macromolecular Crystallography Laboratory where she pursued a deep interest in ribosome biogenesis and solved the first structures of the atypical RIO kinases, earning the FEBS Journal Research Prize for Young Scientists in 2005. She is now Associate Professor at University of Maryland in College Park, MD, where she has also mentored post-doctoral fellows, graduate, undergraduate, and high school students in research.  Dr. LaRonde understands, first-hand, the struggles of underrepresented minority (URM) scientists in today’s science culture and is strongly committed to the cause of increasing URM representation in science and bringing science to underserved populations. 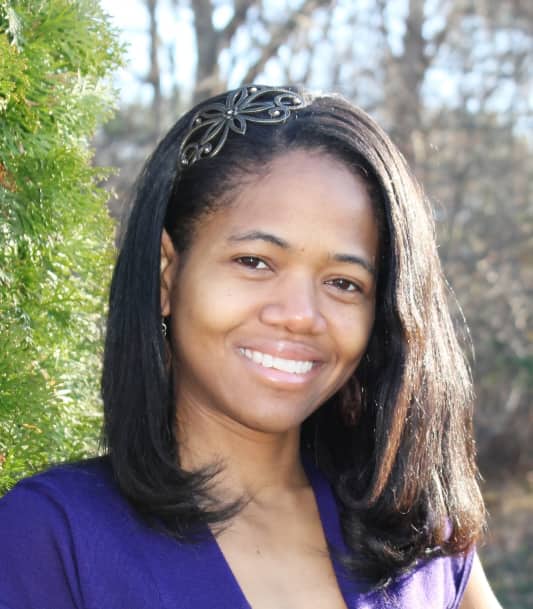 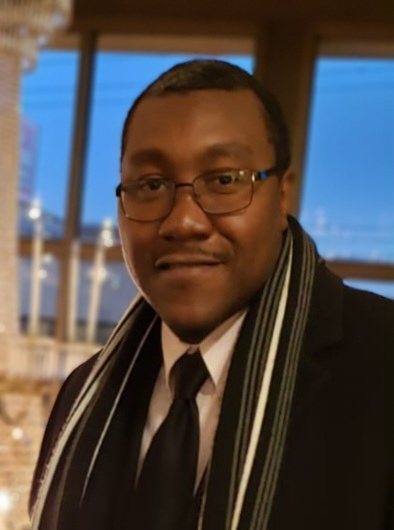 Farrah La Ronde-Hutchison is the founder and CEO of Gaia’s Essence and the founder of the Gaia’s Essence Women’s Wellness Conference. She found a growing disparity in the understanding of how personal health was directly affected by our physical environment and created these platforms to educate women. In 2011 Gaia’s Essence was selected by Whole Foods and became a regional supplier. A selection of their product line was featured as a local partner throughout the tri-state area. The conference originated out of her passion to empower and motivate women in reaching and maintaining their optimum health.
In 2019 she directed her first Docuseries “ Our Voice Our Stories” which captured the stories of five women and how they conquered life’s challenges. In January 2020 she directed her first full length documentary in her home country, Dominica. A captivating story of the interconnectivity of Dominican women and how their lives shaped the evolution of the island over generations.
Over the years she has been featured in the Long Island Natural Awakening Magazine, interviewed on Verizon Fios, a featured speaker at Dowling College, Guest speaker at the Business of WE Women Entrepreneurship Summit in Manhattan and Keynote speaker at the BeauTea Soiree health event. In 2018 Farrah was included in the top mompreneurs on Long Island by Newsday. Featuring female business owners balancing their role as a mom with her life as an entrepreneur catering to other moms.

Henie Parillon Ed. S., is a native of the nature island of the Caribbean, Dominica. He developed a love for science and education at a very early age and pledged to remain a dedicated conduit and support for those navigating those fields. He obtained his Bachelor of Science degree in Agriculture from the University of the West Indies, Trinidad and Tobago, and returned home to serve in various capacities, including as an educator at his alma mater, and as an agricultural officer supporting crop production for export. His quest for further education led him to complete his Master of Science degree in Food Safety and Food Microbiology at Universiti Putra Malaysia, where he conducted research on the use of herbal extracts to treat foodborne pathogens.

Mr. Parillon then migrated to the United States where he obtained his Master of Arts in Teaching and became a qualified science teacher. He served within the Newark Public Schools system as a lead science, middle and high-school science teacher, and teacher coach for about 10 years before moving onto administration.

Having obtained his Education Specialist (Ed. S) credentials, Mr. Parillon took on the position of Science Supervisor K-12 of the Orange Township Public Schools where he informs curriculum and supports educators as they strive to help scholars construct knowledge. He is currently a doctoral candidate enrolled in the Education Leadership Management and Policy program at Seton Hall University where he seeks to investigate science teachers’ perception of the role of national science standards on student engagement. He joined DAHEI’s Board as he identified with the group’s ambitions and mission to support health education and improve healthcare in the Caribbean region.

The vision of DAHEI is to reduce health and education inequities in the Eastern Caribbean Islands by improving the quality of life for individuals and families through: 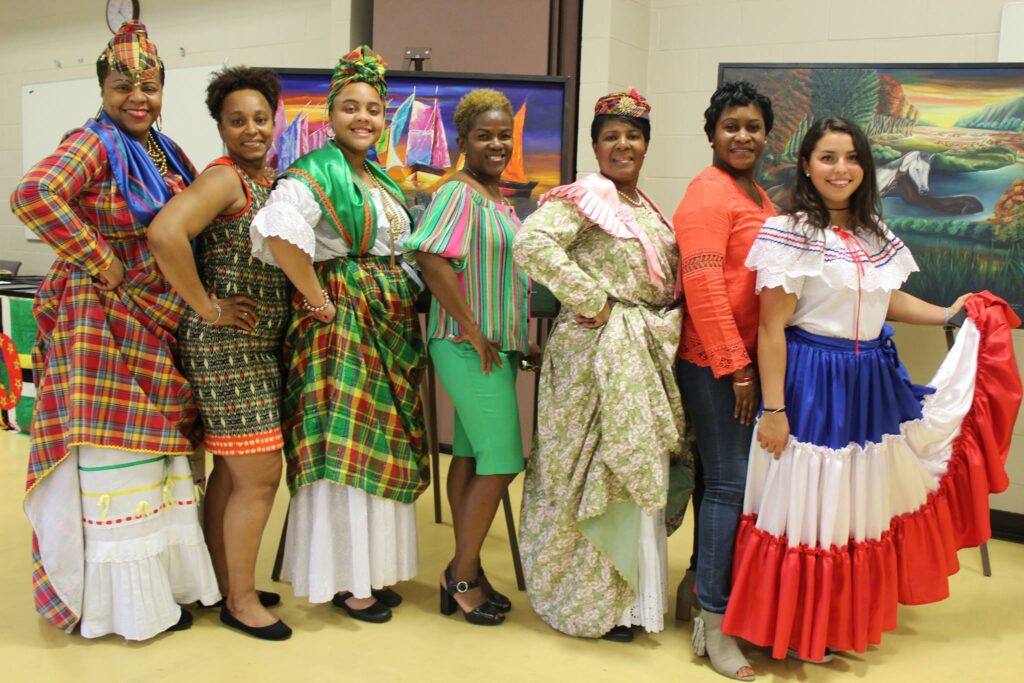 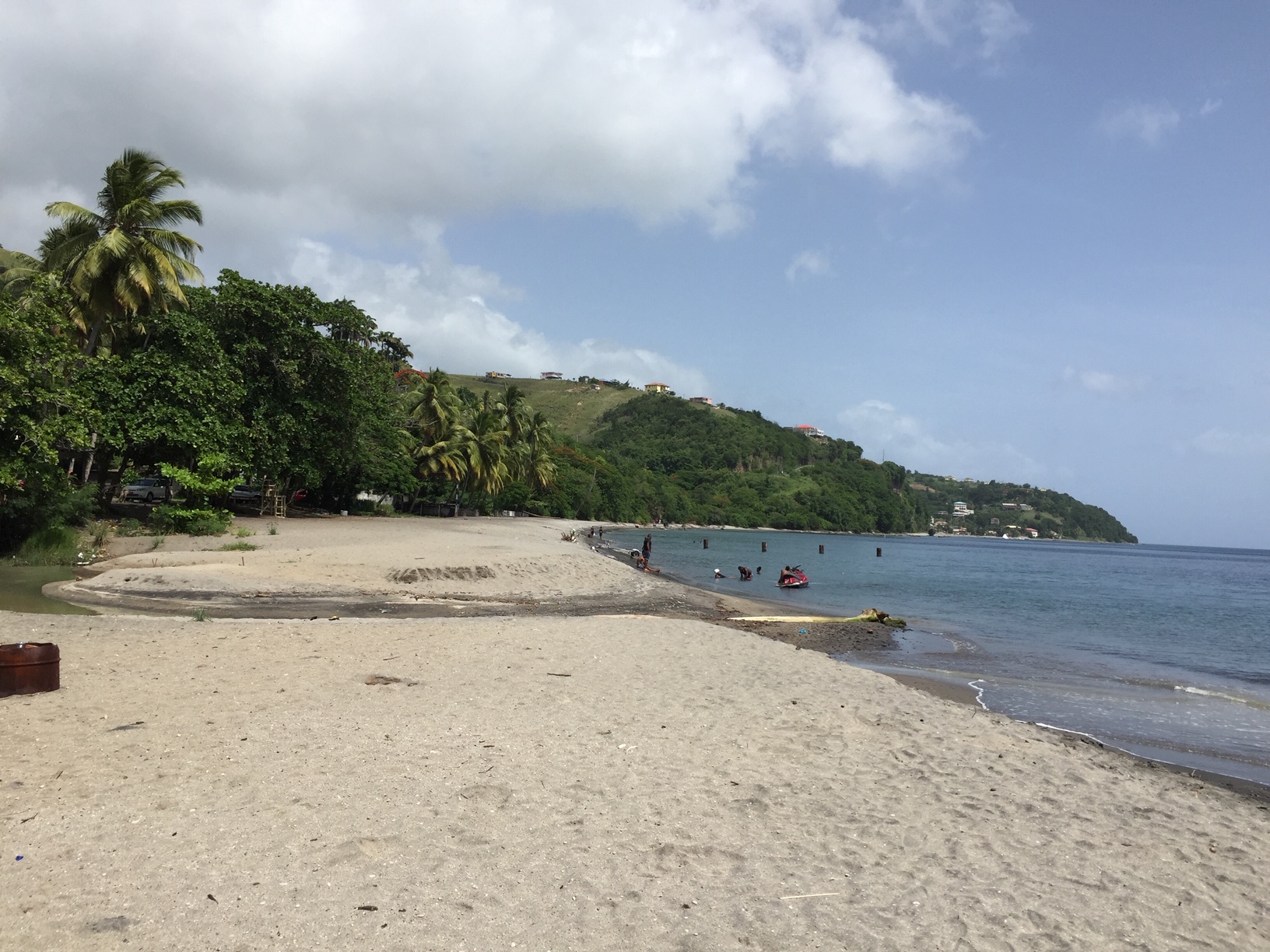 Fun in Sea Sand and Sun 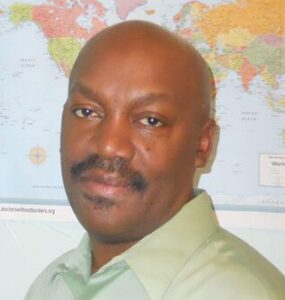 I work with individuals and families who are stressed and wish to get away. As a result, I create exciting and relaxing customized vacations, to the best Tropical Destination vacation spots, so you can be rejuvenated with fresh energy and a new prospective.